Working with survivors of torture | An introduction for healthcare professionals

Freedom from Torture are running a series of short free webinars looking at the problems experienced by survivors of torture and the challenges for the professionals who care for them. This is open to all healthcare professionals but will be particularly useful for doctors (GPs or secondary care) or other colleagues that regularly see patients who are asylum seekers or refugees.

Participation is free, but we welcome donations to support our work. We will send the Zoom details one week before the webinar. Hosted by the Medico-legal Report Service. If you would like any further information or have any questions please contact djary@freedomfromtorture.org.

​The link to register is here.

Saint Mary’s 18th Annual Conference 2020 ‘The Science of Rape’ will provide valuable insight and discussion for anyone working in the field of rape or sexual violence.

It will particularly useful for policy and decision makers, people working in the criminal justice system, police officers, forensic healthcare practitioners, health professionals, those working in safeguarding, those supporting people through court and therapeutically.

Since HMCPSI last inspected Rape and Serious Sexual Offences (RASSO) Units in 2016 there has been a substantial increase in the number of allegations of rape and yet the number of rape prosecutions has fallen significantly. In the year ending March 2019 alone there were 58,657 allegations of rape, but there were only 1,925 successful prosecutions. The inspection looks at a small part of the overall picture – that is the role of the Crown Prosecution Service.

Inspectors examined 450 rape flagged cases – 200 cases which were ‘admin finalised’ which are cases sent back by the CPS to the police for further investigation, and 250 cases split equally between charges and CPS No Further Action (NFA) decisions. Other evidence gathered included interviews with legal managers, focus groups with RASSO lawyers, reviews of documents and information provided by the CPS and analysis of performance data.

The key findings from there report were:

“Since 2016 there has been a substantial increase in rape allegations, while the number of rape prosecutions has fallen significantly – which indicates there is a serious problem.

The CPS has been accused of only choosing easy cases to prosecute, but we found no evidence of that in our report. While the CPS needs to improve the way it works with the police, the CPS is only a small part of a larger systemic problem in the criminal justice process in dealing with complex cases.

We are delighted to invite you to our full day Sexual Health Programme for GPs, Trainees, Practice Nurses, and Physician Associates.    The day will use a variety of teaching styles including practical workshops and case studies.   This day is suitable for primary care workers wishing to update their knowledge and gain better understanding of sexual health issues,  including detecting HIV in primary care,  dealing with abnormal discharge plus much more.

09:00  How to take a Sexual History in a GP Consultation – Dr Fiona Ironside

11:15  Psychosexual Problem in General Practice – How to identify, what to ask, where to refer – Dr Tracey Williams

Is your knowledge up to date with the latest recommendations for the collection of forensic specimens from complainants and suspects? With the recent advances in forensic science, do the facilities used for the forensic clinical examination and the equipment provided (including forensic kits) fulfil the current requirements for reducing the potential for DNA contamination?

This course will be lecture based with presentations from forensic scientists, police, and the Forensic Science Regulator, Dr Gillian Tully. There will be time for discussion of illustrative case studies.

The day will cover relevant clinical guidelines, policies and guidance to healthcare professionals in relation to patients with sexual health issues in General Practice.

Using as a starting point a real-life murder and sexual assault, this meeting, organised by The Royal Society of Medicine, will approach the different forensic specialities who may be involved. You will learn about current best practice and ethical dilemmas in the field.

Experienced speakers will show how a single case can involve many different forensic and legal practitioners, and raise legal, clinical and ethical concerns for each of them.

This year, the UK Association of Forensic Nurses and Paramedics conference titled ‘From party scene to crime scene’ will focus on;

What is included in the conference fee?

The healthcare professionals who work with Victims of Torture (HWVT) working group, established by the Faculty of Forensic and Legal Medicine (FFLM) to produce these quality standards, has drawn on wider expertise from Freedom from Torture, Helen Bamber Foundation, Medical Justice, UK Association of Forensic Nurses and Paramedics, the Royal College of Psychiatrists, and the British Association for Sexual Health and HIV.

PLEASE NOTE FROM FEBRUARY 2020 THIS PHE SERVICE WILL CEASE! 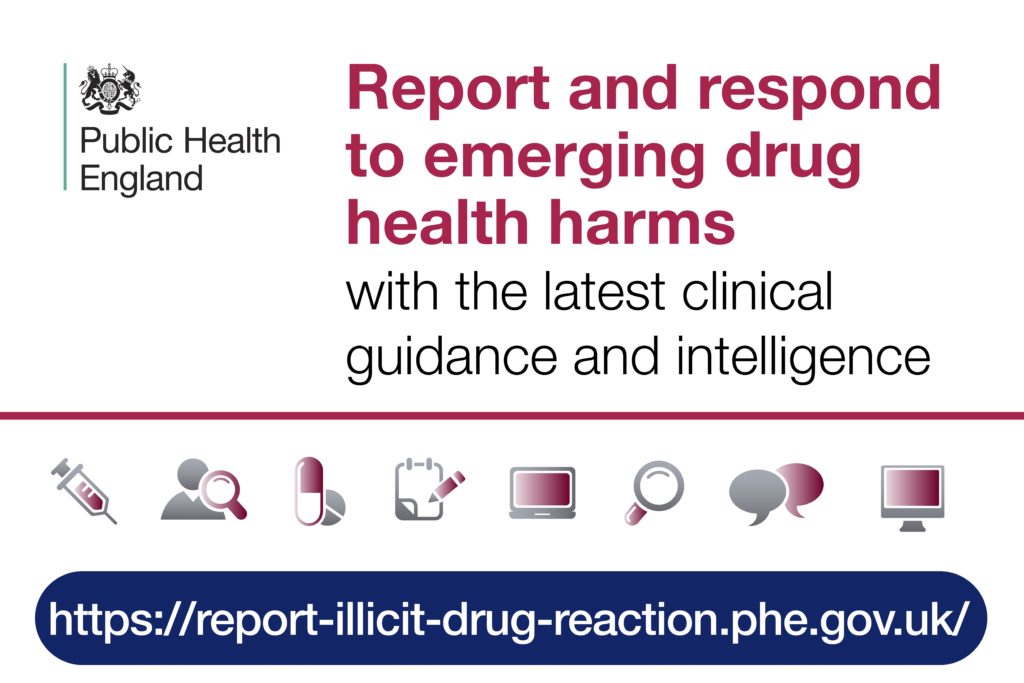 The more reports they receive from clinicians, the better their guidance on responding to emerging drug health harms will be.