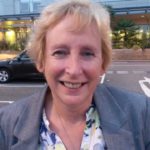 Jo Delaforce has spent many years working in a variety of acute medical and surgical specialities since 1982 including sexual health, eight years in a busy South London A&E department. Jo started her career at the Havens in 2000 as a Practice Development Nurse and has been the Matron for the Haven service since 2011. Jo has been involved in its development and growth to achieve the title centre of excellence in providing care for victims of sexual violence.

In 2004 Jo received a Commendation by the assistant commissioner of the Metropolitan Police for “Outstanding dedication and commitment to improving the service to victims of serious sexual assault”. In 2005 Jo graduated from the  University of Central Lancashire with a Post Graduate Certificate in Forensic Sexology. As well as completing the Sexual Assault Nurse Examiners course in California USA.

Jo was also heavily involved in the “Care and Evidence” awareness training DVD. As well as the “Clinical guidance for forensic examination following sexual assault.” DVD. Jo was also awarded the Nursing Standard Sexual Health Nurse of the year 2007.

Finally, Jo highlighted the importance and the need for the United Kingdom Association of Forensic Nurses (UKAFN) and was the main driving force behind the creation of the UKAFN. Launched in 2007 which is now a recognised forensic association for nurses and specialist’s working in the field of forensic and custody care.

In a previous life, Ruth began her career training as a nurse RGN working in general nursing, then specialised in psychiatric nursing, RMN, followed by community nursing. She went on to work in HIV prevention within the NHS and managing HIV projects in the voluntary sector. She has developed a broad experience in managing innovative projects and services in the field of sexuality, equalities, sexual health and delivering training to statutory agencies including police, health boards, Scottish Govt. and voluntary organisations. She has worked for organisations such as Stonewall, Equality and Human Rights Commission, Family Planning Association and Communities Scotland. She is currently the manager of Archway, Scotland’s only SARC based in Glasgow.

Kirsty has over two decades experience as a forensic scientist in roles that have included Senior Forensic Biologist with the Forensic Science Service, Forensic Trainer with the NPIA (now College of Policing), National Forensic Specialist Adviser with the NCA and is currently the Scientific Support Operations Manager with Northumbria Police. During her career, Kirsty has always had a passion for making a contribution to the effective investigation of rape and sexual assault and maximising the use of forensic science in these investigations. Kirsty has been a member of the FFLM Forensic Science Sub-Committee for many years and completed a masters degree in 2016 researching self-referral rape mechanisms, she now continues to work within policing to offer local and regional support to sexual offence investigations, from evidence recovery at crime scenes and SARCs to the use of forensics within the investigation process to try and maximise convictions. 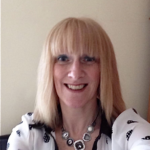 I have over 25 years of experience within scientific roles that started as a Research Scientist in Genetics and Microbiology (Institute of Grassland and Environmental Research, BBSRC). My forensic career was with The Forensic Science Service (FSS) 2001, where my roles included being a Senior Forensic Scientist/Expert Witness, particularly specialising in sexual offences casework until the company was closed down in 2011. During my career at the FSS I became a bespoke Sexual Offences Service Manager, managing the casework with a team of scientists who reported on sexual offences cases of adults and children. The role also entailed specialist training for the Police, Forensic Medical Examiners and SARC staff. Included within this role was performance-related feedback and consultancy to various police Constabularies. After the closure of the FSS, I continued this work as an Independent forensic advisor & trainer for Rape & Serious Sexual Assault.
My current role involves training police investigators at all levels, forensic medical practitioners, SARC support staff and other partner agencies. I am a member of the FFLM Forensic Science Sub –Committee which regulates the bi-annual recommendations for the sampling of complainants and suspects of serious sexual assault. I was seconded from the FSS in 2009 as one of a team of forensic experts on The Department of Health’s National Support Team set up by the NHS and Home Office, to review the implementation of Sexual Assault Referral Centres (SARC). This provided me with good all-round knowledge on how partner agencies work together to organise and manage the delivery of SARC Services

Throughout my forensic career, I was both mentored by and worked closely alongside, the highly recognised National Consultant and Trainer for Rape and Serious Sexual Assault, Mary Newton, who retired after 40 years’ service in September 2019.

Vanessa is dual qualified as a Nurse and Doctor. Over the past 10 years, Vanessa has provided police and sexual offence healthcare services in over 20 difference Police Forces. She has also been awarded with an honorary Professorship by Staffordshire University for her years of voluntary service in advancing and developing the practice of forensic healthcare professionals in both custody and sexual offence. This amazing accolade confirms Vanessa’s status as a leading figure in SARC and custody provision.