The UK Association of Forensic Nurses and Paramedics (UKAFNP) Steering Group is made up of Nurses and Paramedics currently working, often in senior positions, within either the police custody setting or sexual assault examinations (or both).  The steering group are recruited from the UKAFNP membership, being mindful of striking the balance right, between sexual offences and custody representation.  The Steering Group members are volunteers who are not paid for their time and efforts.  The Steering Group meets face-to-face at least four times annually but remains in constant communication all year round. 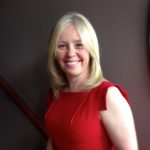 Jennie has been a Nurse since 1990 and her experience has been wide and varied. Jennie has worked in a busy inner-city Accident and Emergency Department. Jennie also worked in the biggest dance clubs of Liverpool for several years. Following which Jennie became a Pharmaceutical Rep, where she gained extensive knowledge in cardiovascular medicine, HIV, psychiatry and microbiology. For the past eleven years, Jennie has been a Forensic Nurse Practitioner working with both Merseyside and Greater Manchester Police Forces. Currently, Jennie is the Lead Nurse for what was the first Integrated Health and Liaison and Diversion Service in the United Kingdom, a fascinating and challenging role which she loves.

When Jennie started working in forensic nursing, she found it an emerging area of nursing that she was and remains totally passionate about and a speciality which continues to challenge and fascinate her every day. So much so Jennie has recently completed an MSc in Healthcare in Secure Environments and she also holds the UKAFNP Advanced Standards in Education and Training (ASET) certificate, after completing a Postgraduate Certificate in Advanced Forensic Practice.

Jennie became involved with UKAFNP in 2008, subsequently becoming the National Conference Organiser and Vice President. Jennie was honoured to be elected as President in May 2013, and aims to continue the positive work that UKAFNP has done since inception. UKAFNP is something Jennie most proud of for being able to improve quality and standards of care for our detainee population and hopefully improve outcomes as a result.

Jennie has a wonderful partner, lives by the sea and enjoys wonderful sunsets throughout the summer and sometimes winter evenings. She loves to travel, has a passion for shoes (some would say a problem) and fashion and is an avid rugby union fan.

Sue has been on the UKAFN committee since 2004 and the inaugural meeting in London. Sue initially trained as an Enrolled Nurse at Kings’ College Hospital in London, in 1979, working mainly in ITU. Sue completed the conversion course to become a Registered Nurse in 1997, working in surgery in a private hospital. In 2001 Sue joined Kent Police as a Forensic Nurse Practitioner, after feeling the need for a new challenge, boy did she get one! Sue found the role very challenging and loved the unpredictability. While in this role Sue has been an active member of UKAFNP and currently sit as Vice President and Secretary, Sue also sits on the FFLM Scientific Sub-Committee meeting twice a year working on the guidelines for the collection of forensic samples for complainants and suspects. This is a multi-disciplinary team including forensic scientists, kit providers, Forensic Nurse Examiners, Forensic Medical Examiners and occasionally Police.

In 2013 Sue took on the role of Clinical Coordinator for the Kent Sexual Assault Referral Centre and found the role a great challenge in helping to set this service up. The service has now been taken over by Mountain Healthcare and continues to run very successfully. At this was the point Sue realised her heart was really with Custody Nursing, so returned as a Forensic Nurse Practitioner with Kent police. Sue feels very fortunate to have been able to have had the opportunity to gain an insight and experience in working with victims, which compliments and enriches her Forensic Nurse Practitioner role. Sue is married with two children, and the spare time she has she spends swimming, Nordic walking, horse riding and volunteer for Riding for the Disabled. 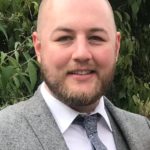 I am currently employed as the Lead Senior Healthcare Professional for the Sussex contract with Mitie Care and Custody. I began my healthcare career in learning disabilities and acquired brain injury rehabilitation before going on to work in HM Prisons as a substance misuse support worker. I studied at the University of Portsmouth to obtain my Paramedic degree and following years of front-line NHS ambulance work I have settled into the role of forensic and custodial healthcare. I still enjoy working operationally in police custody and in promoting the evolving roles of Paramedics in this field of clinical work. I married my lovely wife in 2017, we have a 2-year-old son, and I currently live in lovely Surrey. 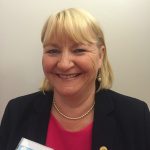 Marg Bannerman (formerly Cunnion) has a nursing background in Gynaecology, Genitourinary Medicine and has been working in academia; initially as a Nurse Research Associate and then Senior Lecturer in Sexual Health for over 14 years. Marg has been an Associate Professor of Enterprise and Education Development for the past seven years at Staffordshire University until her retirement in May this year. The award of Associate Professor of Enterprise and Education Development acknowledges the skills and achievements of Marg’s entrepreneurial activities in teaching, learning and partnership working, with national organisations such as FPA, G4S, CAPITA and Red Snapper. The award provides recognition of Marg’s established commitment to working with National Bodies such as; the RCN, DH, BASHH, UKAFNP, GUNA and the Home Office, to contribute and develop National Standards. Marg has presented at national and international conferences her User Informed Health Assessment Model, which is detailed in ‘Improving Sexual Health Advice (Wakely, Cunnion and Chambers, 2003). This work formed the basis of the pioneering and successful application of a User Informed Curriculum Design (UICD) Model, which not only underpins innovation in teaching, learning and assessment but also contributes to National Standard Setting. This UICD Model was used to develop UKAFN ASET Standards, which has now been successfully converged with the FFLM Licentiates. Three Universities have ASET Approved Courses validated; Staffordshire University, Teeside University and Queen Margaret’s University, Edinburgh. 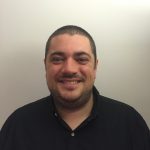 After becoming a Registered General Nurse (RGN) in October 2001, Dave spent the first three years of his nursing career working in both acute elderly medicine and the community setting in Portsmouth, Hampshire. Since 2004 he has dedicated his nursing career working solely in police custody Suites within Hampshire Constabulary under both the NHS and private healthcare providers. Dave is currently studying towards achieving a master’s in advanced forensic practice at Staffordshire University after completing the step up to master’s course with the same university. Dave is involved with a number of national projects including co-authoring Post-Conducted Energy Device Assessments in Police Custody guidance which is planned to be released in 2021 and currently sits on the Forensic Regulator Medical Forensics Specialist Custody sub-group, which is developing guidance for improving forensic standards in police custody. Within UKAFNP, Dave organises the yearly conference alongside Rachel Fell and his UKAFNP steering group colleagues. One of Daves greatest achievements was to make police custody a placement for student nurses in his area and now works in collaboration with the local university, including delivering presentations on what student nurses can experience and learn from a placement within a custody setting. He has furthermore written an article for the nursing standard covering the same subject area. He also manages a Twitter page called @nursecustody, where he highlights his work and engages with other professionals about custody-related subjects. 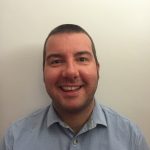 Matt is a Registered Adult Nurse and has been working within the custody arena in West Yorkshire since 2012. His past clinical experience includes Acute Medical Admissions, Accident & Emergency, Intensive Care and General Surgery. Matt has also been fortunate to live and work overseas while travelling around Asia, Australia and New Zealand

Matt has been a member of UKAFNP since starting as a Custody Nurse. In 2014 Matt became responsible for the quarterly UKAFNP newsletter, The Helix. Matt has also had several articles published in both the Nursing Standard and Emergency Nurse. 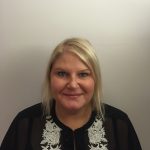 My name is Rachel fell and I’m the Regional Clinical Manager for Leicester custody currently working for G4S.  I have been working in custody for the last ten years and love this type of work. My background is the clinical decisions unit at Glenfield hospital, community nursing and practice nursing.

I recently attended my forensic nurse training and will be working alongside the staff at Juniper Lodge, sexual assault referral centre, once my shadowing is complete. My role will be to carry out sexual offence examinations on clients bought into Juniper Lodge, either self-referral or by the police.

I live in Ashby de la Zouch in Leicestershire with my partner of 25 years and three lovely children, one of which is now at university.  I enjoy living in the National Forest and walking my dog. I have quite a few pets and enjoy country living. My passion is travelling and recently spent a month in Seattle Washington. 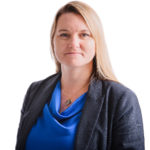 Joanna trained as a Registered General Nurse at Manchester Royal Infirmary in 1990 and went on to work in A&E, Gynaecology, Oncology and General Surgery. In 2005 she began working within Police Custody Healthcare in the West Midlands and became a Team Leader. Joanna was particularly interested in developing the Forensic Nurse role within Sexual Offence and completed the St Mary’s FMERSA Course in 2009. Joanna then went on to be the West Midlands SARC Manager and a Sexual Offence Examiner in 2013.

In 2015 Joanna took on a National role leading a number of SARC services across England, focusing on Clinical Governance and sharing good practice, and is part of a wider senior clinical management team providing healthcare across Secure, Custody and SARC Services. Joanna is also the Associate Director of Nursing for Safeguarding. 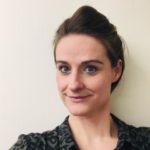 Qualified as an Adult Nurse in 2003 and took on the challenge of starting her Nursing career in the Community as a Community Staff Nurse. Emelia then qualified as a Health Visitor gaining a BA (Hons) as a Community Specialist Public Health Practitioner in 2007. Having a love for both Adult and Paediatrics Emelia took on the role as a Practice Nurse where until 2016 Emelia dedicated her time in General Practice and specialist community-based roles. Forensic Healthcare then became of interest and Emelia successfully started with Mountain Healthcare as a Head of Healthcare and in 2018 became the Director of Nursing for Adult services and Executive lead for CQC. Quality is a huge passion and ensuring consistency for patients. Forensic Healthcare is an exciting and challenging area of Nursing and Emelia strives to promote this and the work we do for patients, our colleagues and families of patients who have experienced sexual assault or rape.

Professor/Dr Vanessa Webb (MBBS, RGN, MSc, BSc, DLM, DFMS, FMERSA, MFMLM) has over 30 years of experience as a nurse and qualified as a doctor in 2007, with experience as a forensic medical examiner and in leadership roles in forensic healthcare services.

Vanessa has supported the workforce development of forensic practitioners, chaired the Trailblazer for the Advanced Forensic Practitioner alongside other local and national roles, and remains an Honorary Professor for Staffordshire University.

​Vanessa was a Co-Founder of Mountain Healthcare and left in 2021 to share her experiences. She is the Medical Director and Co-Founder of Nurture Health and Care Ltd, Chair of Trustees for The Maslow Foundation and is excited by the opportunity of supporting Survivors In Transition and their amazing team.