The United Kingdom Association of Forensic Nurses & Paramedics (UKAFN) was initially devised in 2004 by Jo Delaforce.  The driving force behind the group was made up of three Clinical Nurse Specialists from the Havens: Jo Delaforce, Annika Stenvall and Sharon McCabe.

A steering group made up of representatives from Sexual Assault Referral Centres (SARCS) and Custody Nurses from around the United Kingdom was soon established to provide direction for the UKAFN. It was clear from the onset there was enthusiasm to meet the need for an association in the UK. The steering group felt it was paramount for a body of professionals not only to provide a continuum of best practice but also to raise standards and to facilitate access for learning and educational needs. 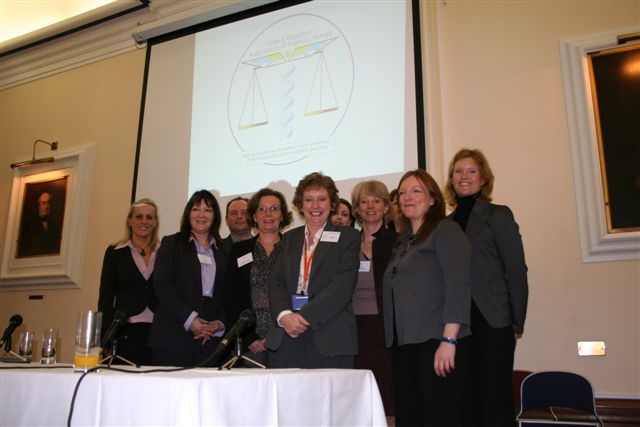 The aims of UKAFN are to lay foundations for best practice countrywide and to enable the delivery of quality care to individuals, also to provide accessible resources, including a knowledge base on issues relevant to forensic healthcare practitioners.   At UKAFN we are committed to:

After a career in nursing, senior roles with the Royal College of Nursing and working as a training and development consultant, Jennette found her natural home as a campaigner within political and public life. She was a councillor in Islington for 8 years, including a term as Deputy Mayor, and then was elected to the Greater London Authority as a London-wide Assembly Member in 2000. Since 2004 she has represented North East London and in 2008/09 served a term as Chair of the London Assembly.

Jennette is a relentless campaigner and has consistently linked her political roles to her campaigning work to bring about changes for Londoners. Through her involvement with the Metropolitan Police Authority, she has successfully overseen the establishment of Community Safety Boards in her constituency. She has been an active supporter of the Justice4Jamie campaign highlighting the devastating effects of knife crime and has supported BLUNT 1 and 2 policing initiatives to tackle this problem London-wide.

Jennette has been a constant supporter of women’s rights, she is particularly involved in highlighting issues of domestic violence across all of London’s communities. At the moment she is lobbying the Mayor to stand by his pledge to establish 4 Rape Crisis Centres across London.

Jennette is a Champion of young people and finds time to mentor and encourage a number of young Londoners as they carve out their own careers in a variety of sectors across the UK.

In 2009 Jennette was awarded an OBE for her services to Local Government and London. In April 2008 Jennette was appointed by the Prime Minister as a Trustee to the Board of the Museum of London. In October 2008 she was awarded an Honorary Doctorate from the University of East London for her services to East London. Jennette is currently a council member of the Royal Court Theatre, Governor of Sadler’s Wells Theatre Foundation and patron of the Victoria Climbie Foundation.

Vivien Stern is Senior Research Fellow at the International Centre for Prison Studies (ICPS). She is also Honorary President of Penal Reform International (PRI), a non-governmental organisation promoting penal reform throughout the world which she founded with others in 1989. From 2003 to 2009 she was the Convenor of the Scottish Consortium on Crime and Criminal Justice; she has been a Crossbench Peer since 1999 and was a member of the Parliamentary Joint Committee on Human Rights from 2004 to 2008. From 1999 to 2003 she was a member of the House of Lords European Select Committee. In 2010 she became a member of the Joint Committee on Statutory Instruments. She is a member of the Advisory Council of the International Legal Foundation in New York, and a member of the Advisory Council of the Legal Policy Research Centre in Kazakhstan. In September 2009 she was appointed by the UK Government to lead a review of how rape complaints are handled from when a rape is first disclosed until the court reaches a verdict and the Review was published in March 2010.

Her publications include Bricks of Shame: Britain’s Prisons (1987), A Sin Against the Future: Imprisonment in the World (1998), Alternatives to Prison in Developing Countries (1999), Developing Alternatives to Prison in East and Central Europe and Central Asia (2002) and Sentenced to Die? The problem of TB in prisons in Eastern Europe and Central Asia (editor) (1999). Her latest book, Creating Criminals: People and Prisons in a Market Society, was published by Zed Books in May 2006 and in July 2010 was published in Spanish by Ad Hoc Publishers.

She has Honorary degrees from Bristol, Oxford Brookes, Stirling and Edinburgh Universities and is an Honorary Fellow of the London School of Economics.