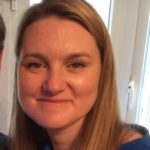 Following UKAFN‘s recent advertisement for a new member of the Steering Group and her successful application. Joanna has accepted the position of UKAFN Steering Group member.

Joanna trained as a Registered General Nurse at Manchester Royal Infirmary in 1990 and then went on to work in the Accident & Emergency (A&E) Department, Gynaecology, Oncology and General Surgery. In 2004 Joanna became intrigued by custody nursing after seeing an advertisement for A&E nurses with West Midlands. In 2005 Joanne applied and was successful in getting a post, and she loved it! Joanne found it particularly exciting being part of an emerging speciality and having the opportunity to develop the role. Joanne went on to became a team leader within Custody and became more involved with training, clinical governance activity and identifying best practice.

More recently Joanne became aware that there was a real shortage of female Sexual Offence Examiners to see victims and felt nurses had lots of relevant skills and knowledge they could contribute to ensuring that victims receive a high standard of care. It seemed a natural development for the Forensic Nurse role. In 2009 Joanne decided to do the St Mary’s FMERSA Course. Joanne experienced some hurdles in trying to become a Sexual Offence Examiner and old fashioned views about a nurse’s ability to do this work, but she persevered and became the West Midlands SARC Manager and a Sexual Offence Examiner in 2013.

In 2015  Joanne started her current role as the  National SARC Lead for G4S Health, providing leadership and support to the management of six SARC services. As well as being part of the senior clinical team providing healthcare across Secure, Custody and SARC Services.

WHO | Reports on EU prison health