There has been recent reports that two men have died in what are thought to be drugs-related incidents as West Yorkshire Police issued a warning to drugs users.

A 36-year-old man in Leeds and a 27-year-old man in Normanton both died on Saturday 15th April. This is in addition to three men and a woman being found dead at separate addresses in South Yorkshire on Good Friday. Bringing the total to five deaths in two days.

In the latest incident, officers found a man’s body at a property in Compton View, Leeds, at about 08:20 BST on Saturday.

None of the deaths are being treated as suspicious, said detectives.

Det Ch Insp Jim Dunkerley, said: “We do believe these deaths are Class A drugs-related.”

The force said it was aware of warnings issued by other police forces about unusually strong heroin or derivates possibly in circulation.

UKAFN has developed a poster for nurses and paramedics to share with drug users they have contact with. Aiming to reduce the potential for harm. Click here for a PDF copy, or click the image for a JPEG. 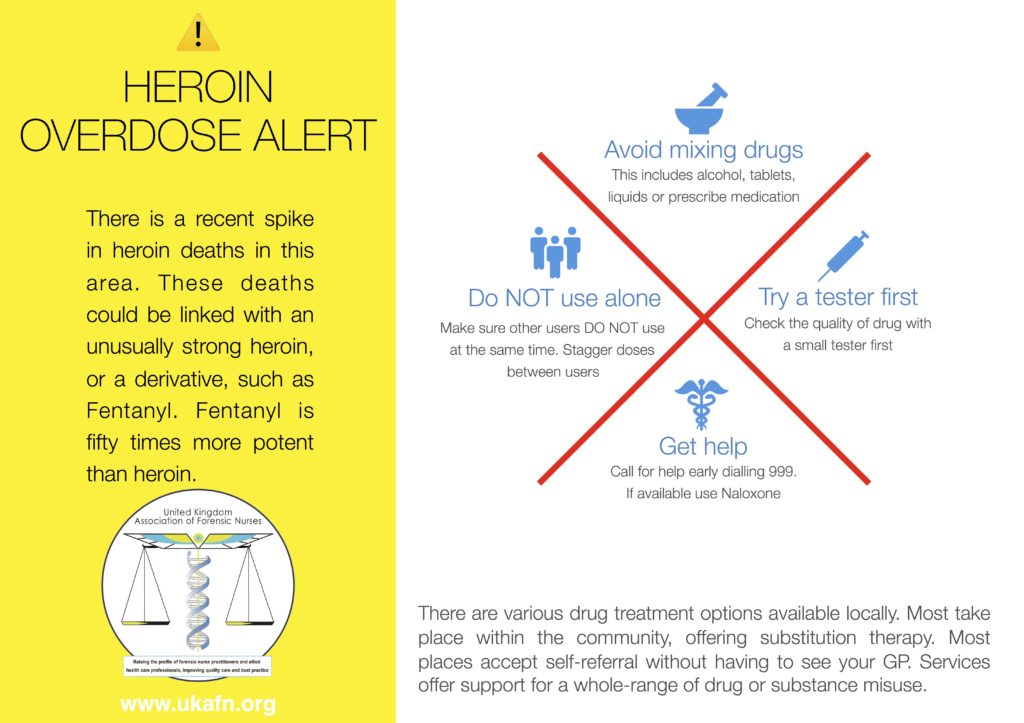